Home/Blog / From A to D: How a Breast Augmentation Helped One New Mother Get Her Body Back

From A to D: How a Breast Augmentation Helped One New Mother Get Her Body Back 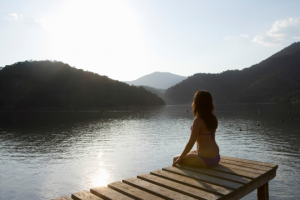 Having a baby will change your life, but it can also change a woman’s body. After giving birth to her son four years ago, Brittany’s breasts lost their shape and perkiness, developing a “pancake-like” appearance. So, Brittany began to research plastic surgeons in Ottawa and explore the option of breast augmentation.

Brittany had considered getting a breast augmentation for years, but over six months of research, she developed a clear idea of what she wanted. She talked to several clinics but ultimately booked a consultation with Dr. Trefor Nodwell, founder and board-certified plastic surgeon of The Ottawa Clinic, and was convinced she had found the right plastic surgeon.

“I didn’t want an enormous bustline, but wanted my clothes to fit better, and Dr. Nodwell really understood that. He offered a solution that was right for my frame,” she says. “I was also worried that an augmentation might prevent me from breast feeding if I ever have another child, but Dr. Nodwell assured me it won’t.” 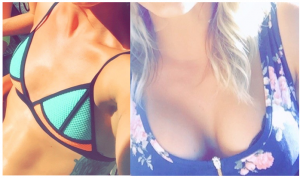 Though Brittany was worried about the surgery because she had never had an operation, her breast augmentation only took a few hours and is healing nicely. The day following her surgery she was up and moving around; she even went to the grocery store. After a week of rest, she was back at work, and two weeks later she was able to do everything she would normally do, including working out and playing with her son.

Based on Brittany’s goals, Dr. Nodwell suggested silicone implants for a softer and more natural feel, and Brittany wasn’t disappointed. Even her mother, who had worried her daughter might look like an overdone Hollywood swimsuit model, has been amazed by her transformation — both physically and emotionally.

“Now I look the way I have always wanted. I feel confident and people say I look more proportionate,” she says. “My new breasts feel and look natural. After my post-op consultation with Dr. Nodwell, I went out and bought new bras. Now I’m a 32D.”

With summer almost here, Brittany says she can’t wait to get out and show off her new figure. “I feel much more confident. I can’t wait to sit on the dock in a new bikini and enjoy summer!”

Do you think a breast augmentation could help you take back your body? Book a consultation to find out if it’s right for you.